To the following students who have started at Campbells Bay School

Following the announcement by the Prime Minister earlier this afternoon, we will continue to implement the following:

Costumes/Hair/Makeup: The Costumes, Hair and Makeup team for the upcoming Jungle Book Production requires parents to help on production nights with: costumes, facepaint/makeup and hair for the main cast and extended cast.

If you have a current police vet held by Campbells Bay School and are able to offer your skills in any of these areas on Tuesday 20 October and Wednesday 21 October, please email Sarah Geelen [email protected].

White Shirts: We would also appreciate donations of white shirts for one of the costumes. If you have a good condition, used, long sleeve white shirt (any gender/size) that you no longer require, please ask your child to bring it to the school office (via the medical room).

The Year 3 and 4 students will be participating in the Fun Run and competitive cross country races this Friday 18 September. Students are encouraged to wear their house colours for this event.

Under Alert Level 2, parents will not be able to come into the school grounds to watch the fun run or competitive races. The races will be videoed and highlights will appear on the school website later in the day.

Well done to our two fantastic year 4 Tournament of Minds Teams. These students showed outstanding values to complete the Tournament of Minds Super Challenge. They were resilient, kind and respectful and did a great job representing Campbells Bay School.

We have received feedback from the organisers for both our entries:  ‘We have been so impressed with the quality of solutions sent in by your teams. Thank you for all your hard work!‘ Well done to the 7Eagles and Mad Minions!

Well done to the 14 students who took part and I look forward to working with you again next year. 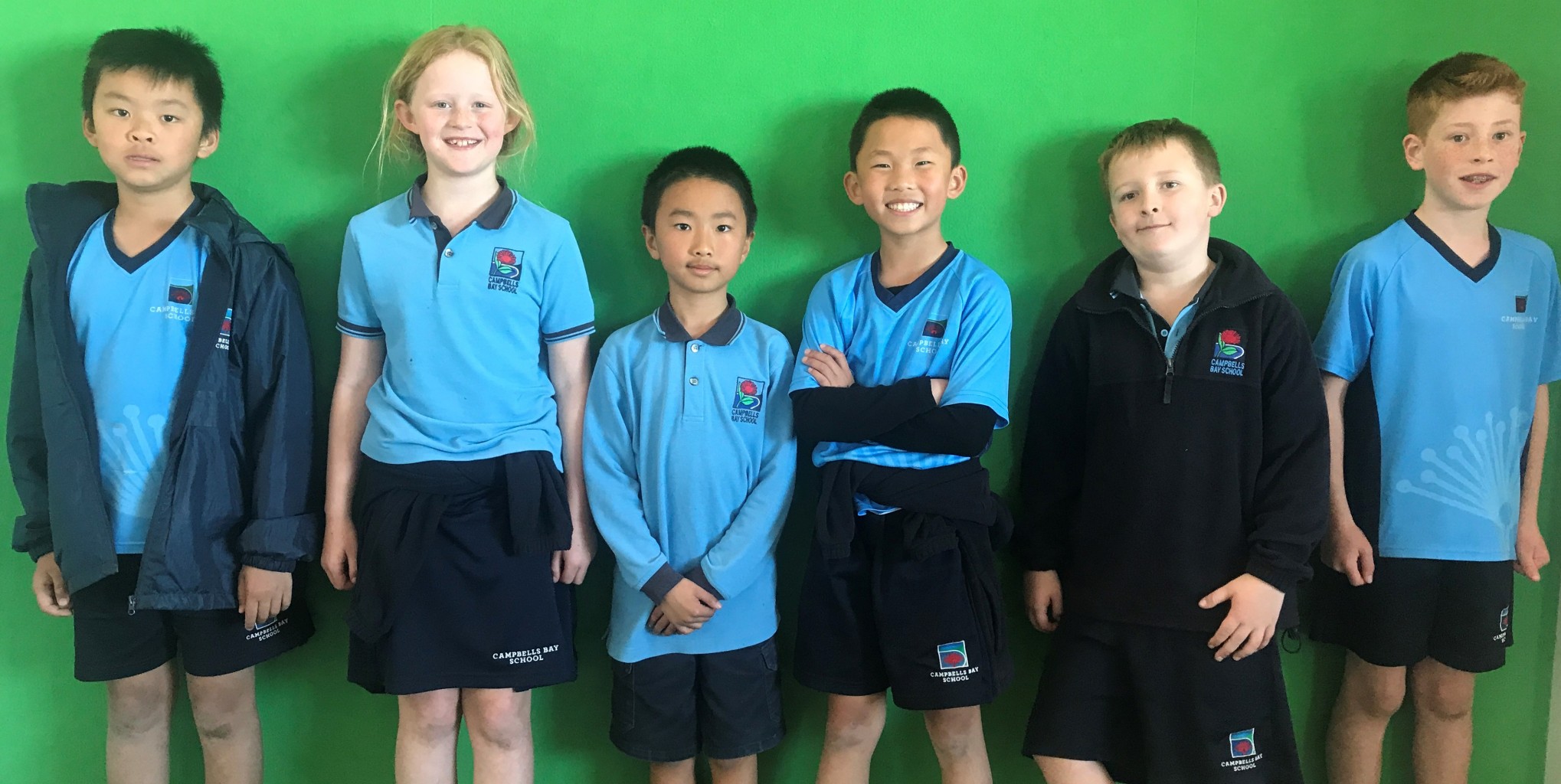 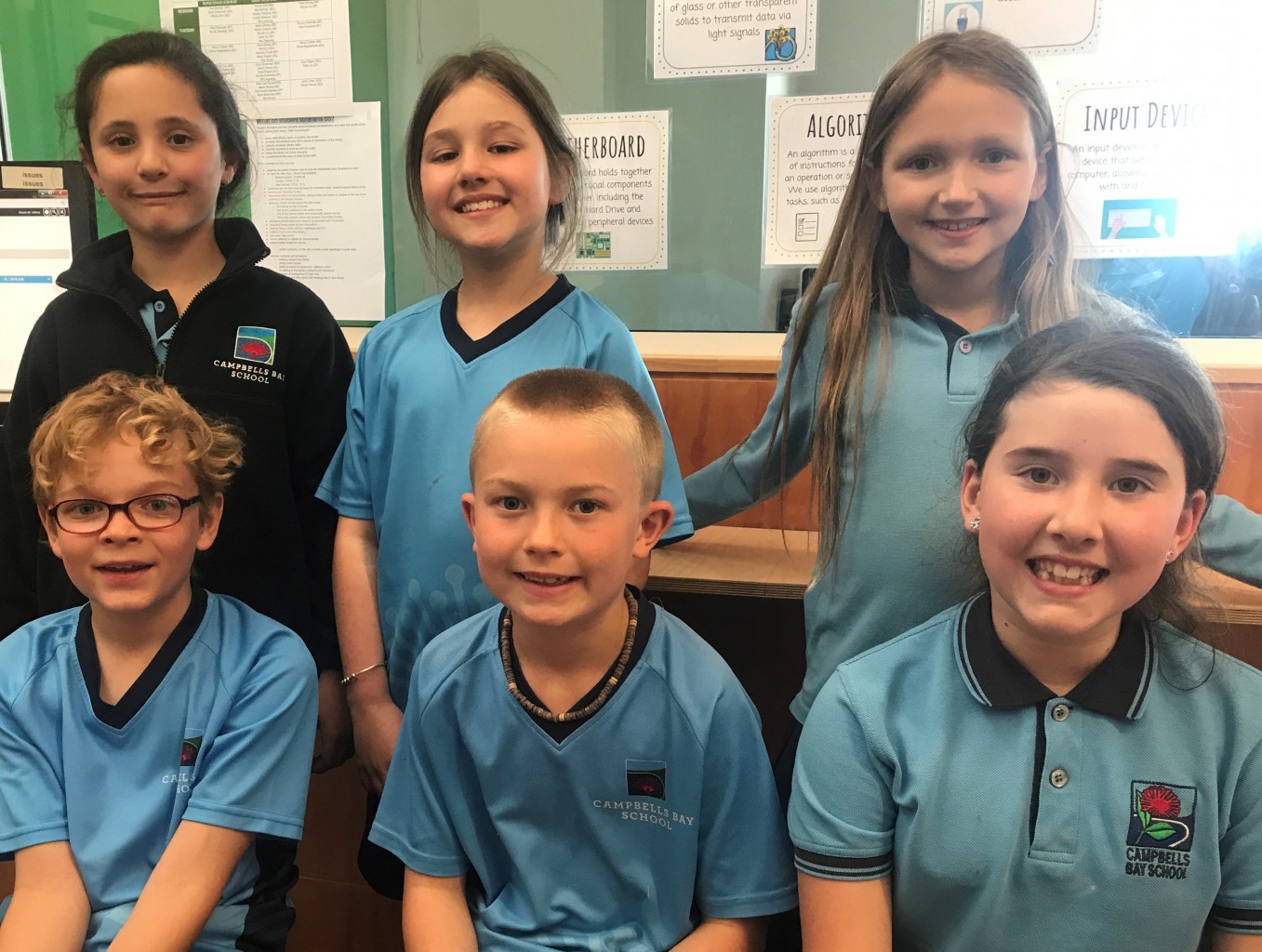 Most of your children have been busy creating beautiful artwork for 2021 Calendars, Diaries etc.

These will be available for ordering soon – please keep an eye out for your individual ordering sheet towards the end of the term. 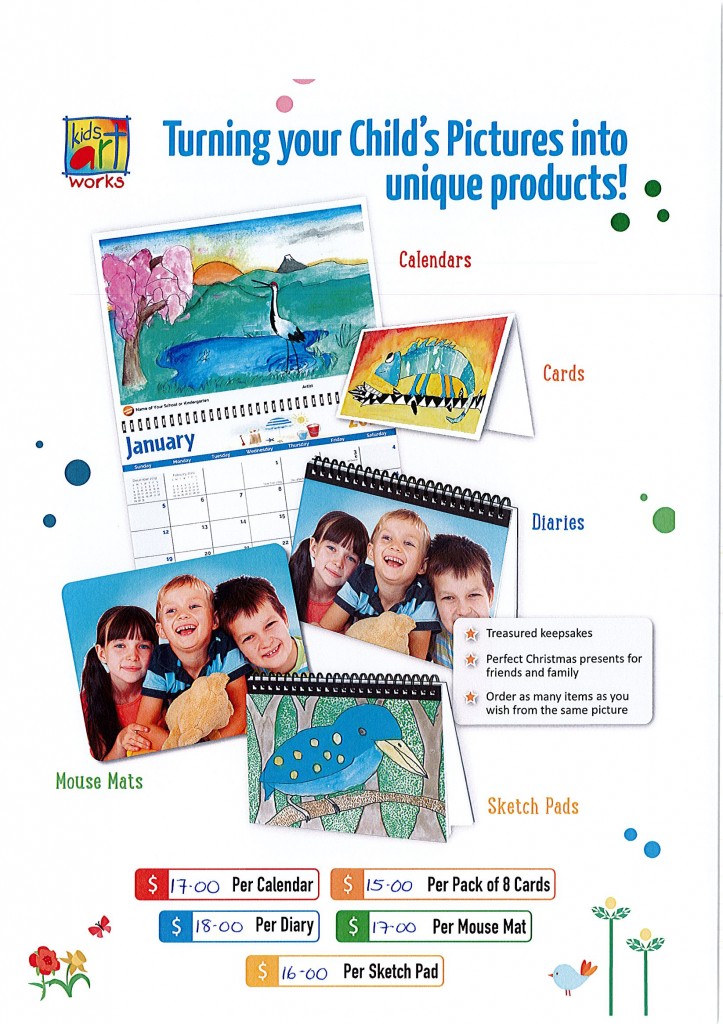 Farewell to a Giant in Education

The news that Sir Ken Robinson (PhD) died in late August came as a shock. A New York Times bestselling author, he led national and international projects on creative and cultural education across the world, unlocking and igniting the creative energy of people and organisations. Sir Ken was the most watched speaker in TED’s (technology, entertainment, design) history, with his 2006 talk ‘Do Schools Kill Creativity?’ LINK being viewed online over 60 million times and seen by an estimated 380 million people in 160 countries.

For those outside education he may not be such a famous person. As I reflect on the influence he has had in education, I regret that I did not make him famous in the Campbells Bay School community. I should have as his thinking has been behind a great deal of our curriculum over the years, building on the ground-breaking work of Clarence Beeby, New Zealand Director of Education in the 1940s and 1950s.

Clarence Beeby was the Director of Education during the period we could describe as ushering in an area of education in New Zealand state and state-integrated school that continues to this day. As Geraldine McDonald (New Zealand Council for Educational Research) states “As the Director of a national education system for 20 years, Beeby must have had some effect on everyone who went to school, taught in a school, or had children at school during those years.

However, his importance lies not merely in the fact that he ran our education system for so long, but that he reformed it, to the chagrin of those who thought that standards were being threatened. Critics objected to child centred methods of teaching, including such mild permissiveness as “choosing time”, “activity methods”, the importance given to the arts, and an emphasis on teaching for understanding. These approaches incensed those who felt they had been successfully taught by rote, and who did not ask whether everyone else had succeeded by such methods. None of the teaching methods attributed to Beeby’s influence were unique to New Zealand. They were part of a world-wide movement.”

Beeby instigated reforms at the behest of the Government. Then Prime Minister, Peter Fraser provided what could be described as the founding charter for modern education in New Zealand when he insisted that the education system should ensure that,

Every person, whatever the level of his academic ability, whether he be rich or poor, whether he live in town or country, has the right, as a citizen, to a free education of a kind for which he is best suited and to the fullest extent of his powers.

Everybody reading this who was educated in a New Zealand state or state integrated school from the 1940s onwards will have experienced an education largely based on encouraging students to think and be creative across a broad curriculum not simply confined to reading, writing and maths.

In 2006 when Sir Ken Robinson recorded his epic TED Talk, the creative/thinking curriculum implemented by Beeby was coming under threat in New Zealand and around the world from the ‘if it moves it must be tested’ movement. Of course, when something is tested, it tends to gain dominance over all else and rote learning and preparing for tests were threatening to take over from thinking and creativity. Although relatively protected from the worse excesses of the ‘test everything that moves’ movement, in New Zealand there was certainly pressure to increase testing that meant the curriculum was under threat of being narrowed. Robinson suggested that great teaching is about judgement and connoisseurship and while gathering relevant data means you can be objective about what you’re doing he posited that education had become far too data driven, thereby side-lining teachers’ judgements. Sir Ken was not against all forms of standardised testing. “There are some areas where it’s perfectly legitimate, like with language learning”. He just wanted testing to be carefully managed with clear purpose to inform what needed to be taught next. 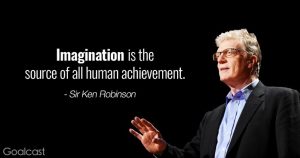 New Zealand is regarded as having an excellent curriculum building on the foundation provided by Beeby, while being encouraged with the thinking of Robinson and others. This is why our rich curriculum encourages creativity. We aspire to have classes where imagination is encouraged and where it is recognised you can be creative in anything – in math, science and engineering – as much as you can in music, or in painting or in dance. As I look around the school I see programmes where students are engaged not only in maths, reading and writing, but also in areas such as music, dance, art, science and sport. Underpinned by our school values of whakaute (respect), atawhai (kindness) and manawanui (resilience), given the challenges our country faces in this pandemic world, we need to continue to improve upon the legacy of Beeby, Robinson and others as we must encourage creativity and imagination to find solutions to the many problems and challenges that face us as a nation and as a global community.

Sir Ken maintains that his approach to education is neither hypothesis nor theory: “I’m simply describing what happens to be the case when you go into schools. If there’s a rich curriculum, if there’s interactive teaching, if there are close links with the community, kids flourish. If they’re sitting at desks all day having the life tested out of them, they don’t.” Of course, our school is not perfect. Far from it. After all, we reflect a society that is far from perfect. This should not stop us always trying to improve, using the wisdom of the Beebys and the Robinsons of the world to inspire us.

Board of Trustees Meeting Dates

Touch Rugby registrations are open. Children in years one to six can play touch rugby. Registration is via the school online payment portal.

Due to Covid-19, the start of the touch rugby season has been pushed back to Thursday 5 November. It will be a six week competition. Last week a touch rugby information letter was emailed out to all families of students in years one to six. Please make sure that you read all the information and instructions carefully, before registering to play.

Please note that the start of the touch rugby season and competition will be dependent on Covid alert levels at the time of the start of the competition. Should the touch rugby season not go ahead or be cut short due to Covid-19, all full refunds or partial refunds issued by Local Touch will be passed on back to you. Local Touch have advised that should the season not go ahead due to Covid-19, they will be issuing refunds. 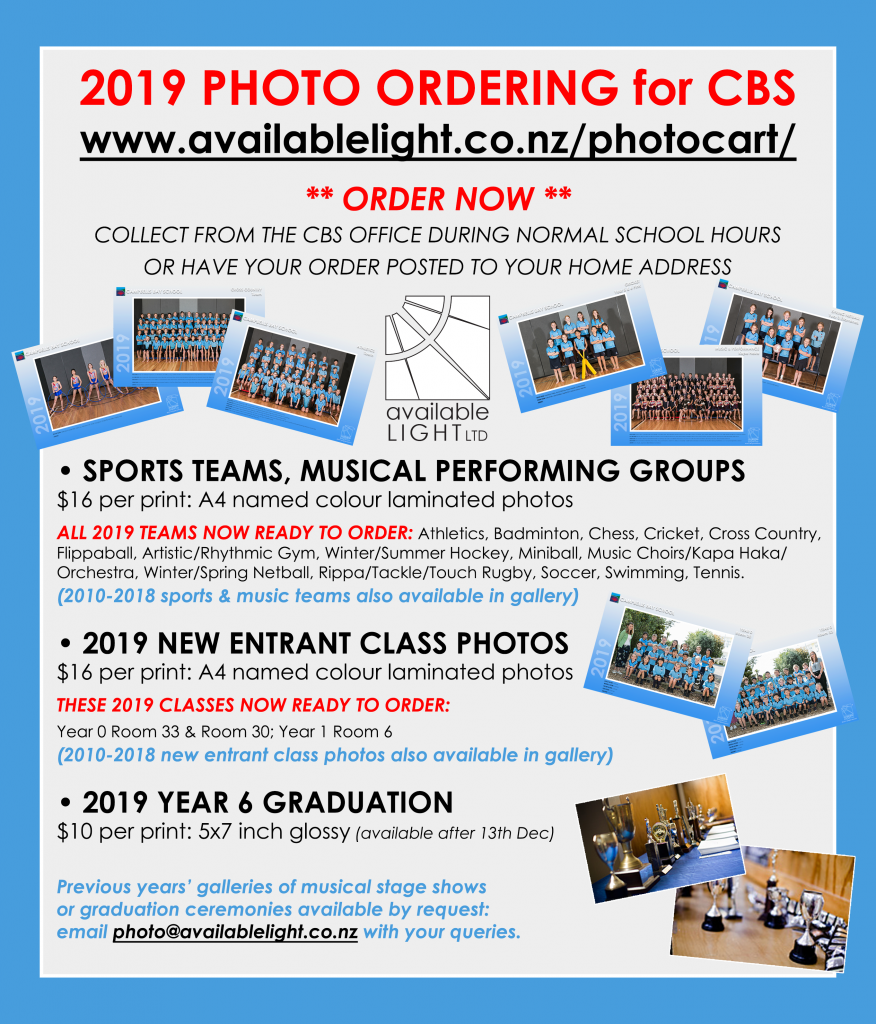 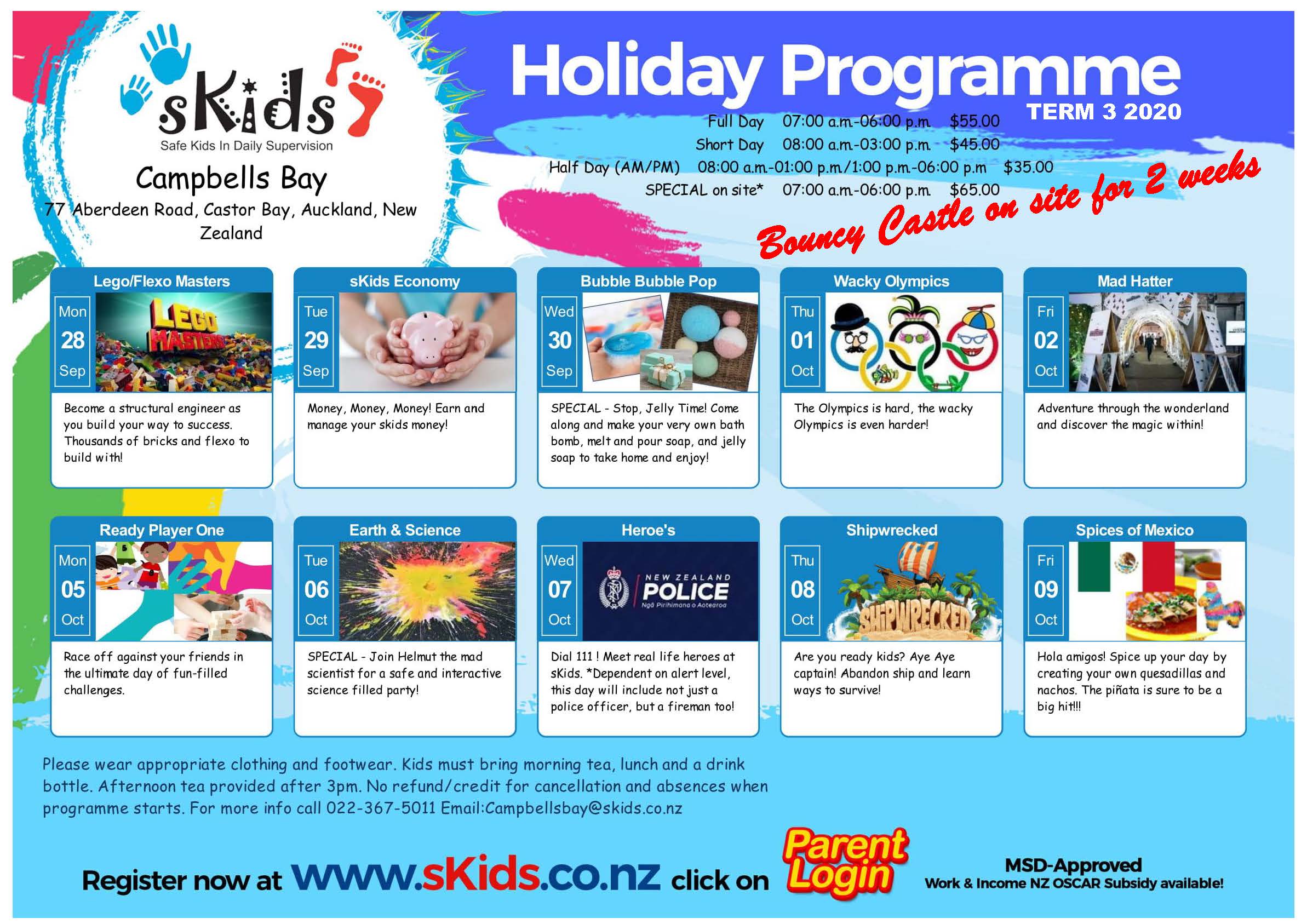 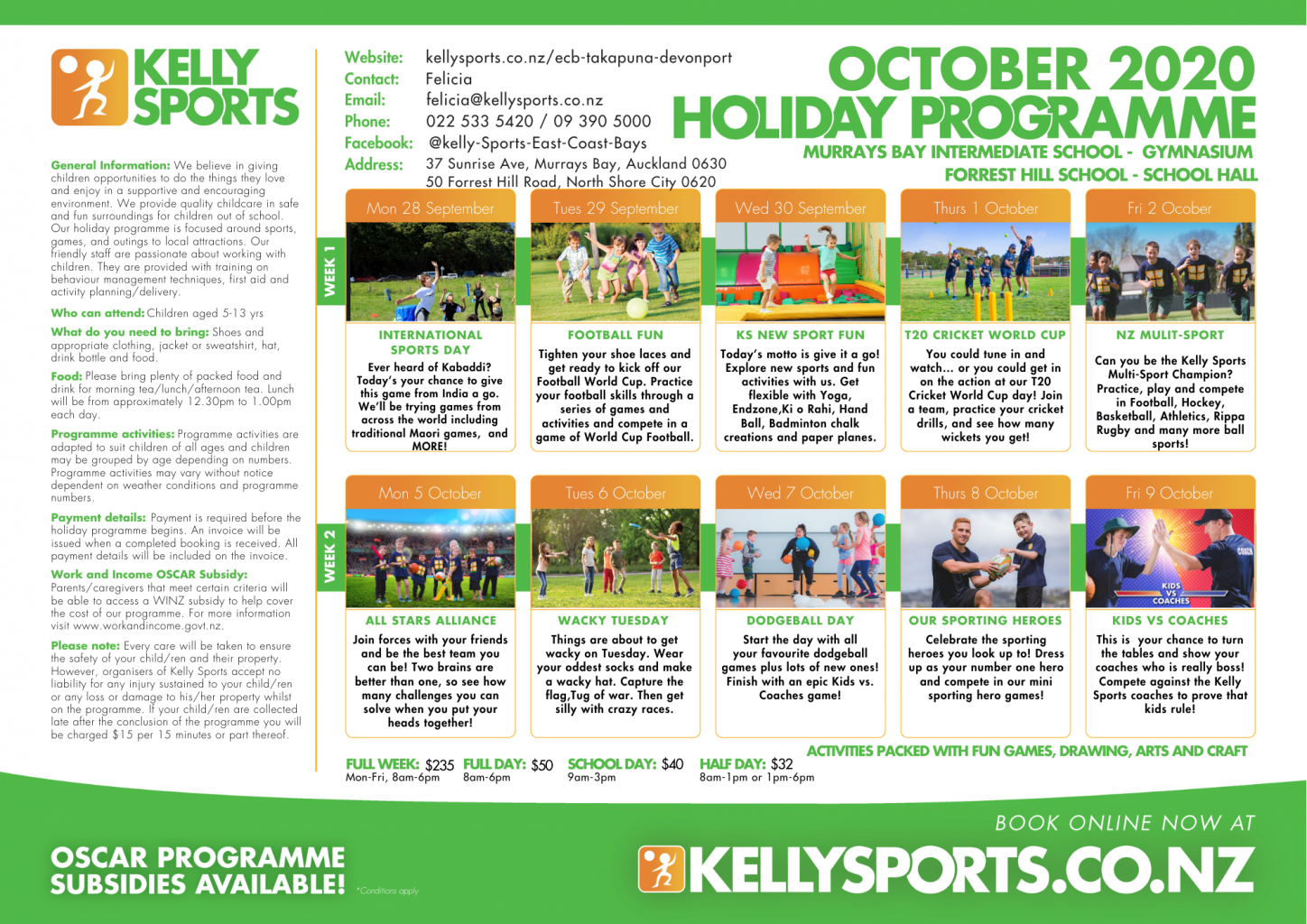 Registrations for the cricket season are now open.

East Coast Bays Cricket Club is one of the largest clubs on Auckland’s North Shore, providing cricket for all ages and all levels.

The Club is focused on fun, teamwork and performance providing children of all skill levels a chance to learn the game in an enjoyable competitive environment.
We cater for all children’s cricket from Year 1 through to Year 8, both girls and boys.

The uniform comprises of a club polo shirt, club shorts or trousers, and club cap or wide-brimmed hat, which are available from Players Sports online or at their Newmarket shop.

The Club provides all playing equipment required, although you are welcome to use your own.

Please contact the Club for more information at [email protected]

Registration is open for our upcoming Learn to Sail holiday programmes and term courses. Are you able to put this in your school newsletter? I have attached some image options as well. 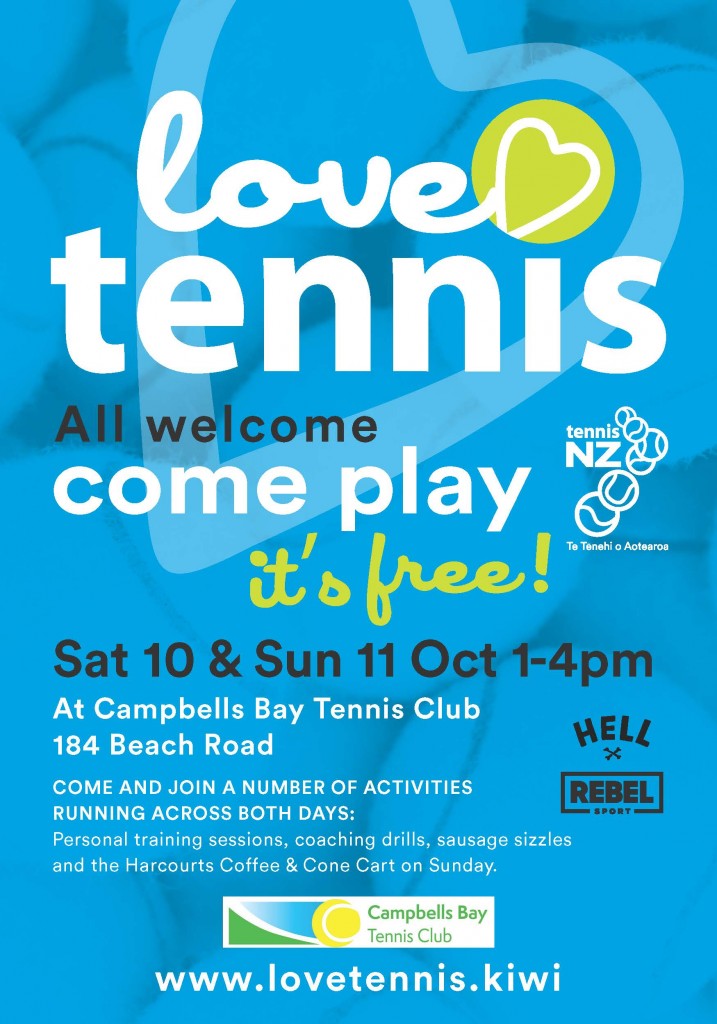 About the Author: School Administrator

Just a reminder that if your child is going to be absent from school, we request you advise the school office before 9am, not just the class teacher.

For extended holidays ie: more than one day, a request should be made to Mrs Taylor for the time off. These requests can be emailed to:
[email protected].

This is a Ministry of Education requirement.

We are able to treat minor cuts and scratches that occur but we cannot hold unwell students in our medical room for long. It is our policy to to contact parents or the emergency contact and have the student collected if they are too ill to return to class.

If a student requires medication during the school day, written permission will need to be provided by parents/caregivers before the office staff can administer.

Only adults who have had a police vet will be able to help with school activities.

As obtaining a police vet takes time, if you are considering being available to help with school activities in any way please act now.  Complete the form by clicking the link below and attach photocopies as per the instructions.

Please note a police vet remains current for three years after the date of issue by the police.